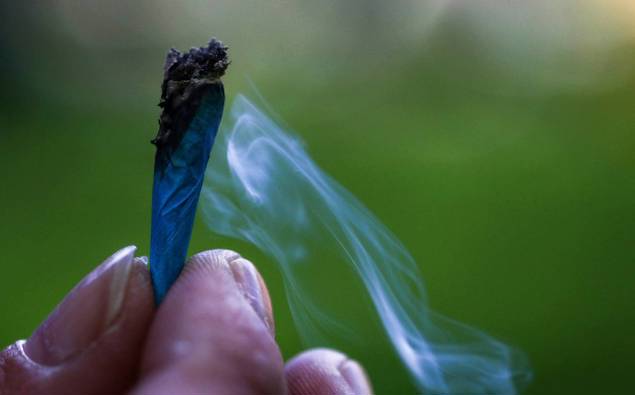 ACC is urged to change its approach to funding medical cannabis products. Proponents say the current process is cruel and out of date.

This process forces some people onto the black market to illegally buy cannabis for pain relief.

A man the Herald spoke to, who refused to be named, said that after ACC rejected his application for funding for pain relieving cannabis products, he was forced to use the services of “green fairies”.

These are people who make cannabis products available to people who use them for pain relief.

Chlöe Swarbrick, spokeswoman for the Green Drugs Act reform, said ACC’s approach to cannabis is a symptom of a system that is “so obviously broken – this is just the icing on the cake.”

ACC Minister Carmel Sepuloni told the Herald the government was in the process of getting ACC back to its “original purpose”.

This purpose is to “assist all injured New Zealanders”.

She did not make explicit reference to reforms related to cannabis financing.

However, she said changes to ACC would take into account a number of conditions covered by the agency and take an “evidence-based approach to updating the list of chronic diseases caused by workplace exposure to harmful environments”.

Meanwhile, however, ACC’s Chief Clinical Officer John Robson has admitted that “we don’t have a cannabis strategy” and each request is considered on a “case-by-case” basis.

“All applications for cannabis-based drug funding are reviewed by an ACC clinical advisor with a relevant pharmaceutical or medical background.”

But Swarbrick said the bar is “extremely high”.

In fact, she said that only eight people received ACC funding for cannabis products last year.

“In the meantime, patients continue to suffer. Not only because they cannot get affordable, legal access to their drugs, but also because tens of thousands of New Zealanders are likely to still turn to the black market and risk jail time.”

The Herald spoke to a man in that position.

He didn’t want to be named as his employment contract means he can be the subject of random drug tests.

He is in chronic pain from a motorcycle accident five years ago.

Standard pain medication was not effective, so he turned to cannabis products to relieve the pain.

Although products like CBD oil and Sativex were effective, they were expensive.

The man told the Herald that Sativex alone cost nearly $ 950 a month.

He reached out to ACC for help late last year but was turned down.

“We cannot approve your application as there is currently no evidence that it is effective for the treatment of chronic pain and chronic pain is not a legal use for Sativex in New Zealand,” ACC said in a letter.

“It is not the generally accepted standard for treating pain in New Zealand, nor is it an inexpensive treatment.”

The letter goes on to say that there are safety concerns about the side effect profile of cannabidiol products and that the vendor “has not provided high quality, scientifically based literature to support unauthorized use.”

Instead of the Sativex, the man had to get CBD and THC oil from the black market.

This was effective as his use of tramadol as a pain reliever dropped from 400 milligrams per day to zero.

He said ACC should be more liberal in its approach to funding cannabis for pain management.

However, an ACC decision document obtained under the Official Information Act shows that its approach to cannabis funding is narrow.

“We don’t typically pay for products that are available for community use that contain controlled drugs like cannabis and ketamine,” the document said.

Two ways to succeed in the age of cannabis legalization