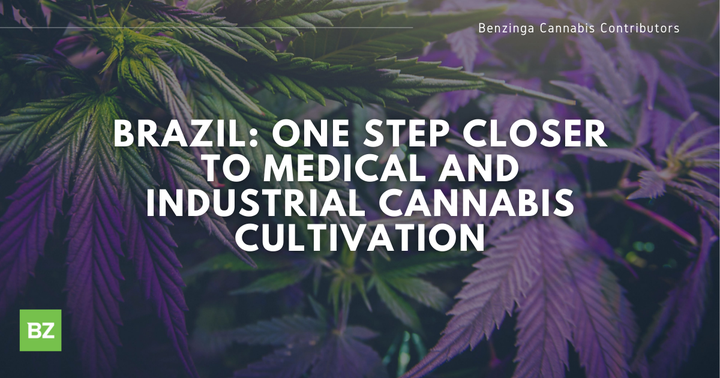 This article by Natalia Kesselman was originally published on El Planteo and appears here with permission.

On Tuesday, a special committee of the Brazilian Chamber of Deputies passed a bill to enable cannabis cultivation for medical and industrial purposes.

After several postponements, the passing of this project meant a defeat for the conservative pro-Bolsonaro ruling party, which, according to O Globo, was firmly against the law and acted accordingly. In fact, the fight was close: with 17 yes and 17 no votes, the tie had to be broken by the chairman of the special committee, MP Paulo Teixeira (PT-SP).

“This report didn’t come out of my head, it wasn’t something that I accepted and decided. It was discussed in the group, ”said Luciano Ducci (PSB-PR), author of the text, referring to the cooperation between the National Surveillance Authority (Anvisa), the Ministry of Agriculture, the pharmaceutical industry and civil associations.

“Brazil is entering the 21st century of medical cannabis regulations,” added José Bacellar, CEO of VerdeMed, in an exclusive statement to El Planteo.

“The project focuses on the full legalization of the production of hemp oil, extracts and the use of hemp, such as cosmetics, food and beverages, etc. The Brazilian Medical Cannabis Law is a regulatory milestone. I am very proud of Congressmen Paulo Teixeira and Luciano Ducci. You have boldly led the legislative process to give Brazilians access to hemp products. This is promising news despite an uphill battle ahead in the House of Commons and Senate. Tomorrow is another day and we will fight and win the next fight. win; today we celebrate, “explains Bacellar.

After the main text of the draft law had been adopted, the committee rejected all the proposed amendments. The text is now being edited and, once approved, could be sent directly to the Senate for a vote.

However, members of parliament close to the government and opponents of the project warned that the analysis should be brought to the chamber and that it would appeal in the end.

According to the text, SUS (Unified Health System) “living pharmacies” can grow cannabis – in addition to the medicinal plants they already grow – and manufacture cannabidiol (CBD) based products. For medical purposes, cultivation must be carried out by legal entities authorized by Anvisa. For industrial or veterinary use, a permit must be granted by the Ministry of Agriculture.

Of course, the battle remains steep: President Jair Bolsonaro declared that if passed, he would have every intention of vetoing the law.

US NuNature Labs approved for the supply of medical cannabis products...

Benzinga Cannabis Hour Recap: It Is Necessary To Be “Louder” To...

Would you like to work in cannabis? Six tips on...