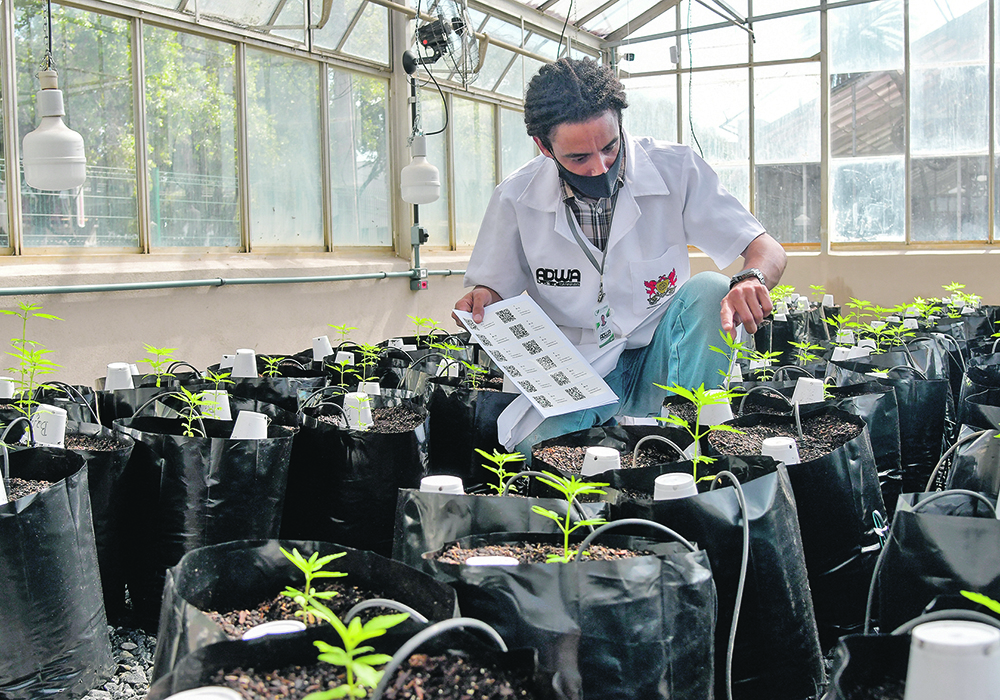 The government approved the import, sale and manufacture of hemp products in 2019; Cultivation is the next goal

SAO PAULO, Brazil (Reuters) – International cannabis companies are showing interest in Brazil, both in its large consumer drug market and in a proposal that could legalize the cultivation of the plant.

Large producers like Clever Leaves from Colombia and Canopy Growth from Canada develop and sell medicinal cannabis products to a Brazilian consumer segment estimated at 10 to 13 million people. This is the result of a law change in 2019 that allows the import, sale and manufacture of such products.

But approval to grow hemp and cannabis in Brazil would be a bigger win. If approved, the industry could flourish in four to five years based on the experience of other countries like Colombia.

“I want to grow hemp inland Pernambuco by 2025,” said José Bacellar, founder of Canada’s VerdeMed, referring to a northeastern state known for the illegal cultivation of marijuana.

A proposal to legalize the cultivation was approved by a congressional committee in June. The legislature is weighing whether it could be submitted to the Senate for approval in a fast-track process. Should it happen there, President Jair Bolsonaro would have to sign the law.

While Bolsonaro’s far-right positions may seem unlikely to the bill, the proposal has the support of some members of the powerful agricultural sector, a key electorate that helped him win the 2018 elections.

In the tranquil town of Viçosa in southeastern Brazil, researchers are developing a variety of hemp that is better suited for the tropics.

If the law is changed and the research is successful, Brazil could become a top cannabis and hemp grower, experts said.

Sérgio Rocha, director of the Ag-Tech startup Adwa, which is developing the hemp strain for Brazil, said about three million square kilometers of land were potentially suitable for growing the new strain.

Brazil could overtake China, the world’s largest hemp producer, which has grown around 670 square kilometers.

“Using part of Brazil’s arable land would be enough to make the country the world’s largest producer and exporter of hemp fibers, seeds and flowers for medicinal and industrial uses,” said Dennys Zsolt, an agronomist who specializes in the plant.

Brazil bans the cultivation of Cannabis sativa L, the plant that produces hemp and marijuana. Hemp, which contains less than 0.3 percent of the psychoactive compound THC, contains CBD or cannabidiol. This non-intoxicating ingredient has been touted as beneficial for many health conditions, including childhood epilepsy.

Growing the crops in Brazil would lay the foundation for a vertically integrated industry. A stable source of raw materials would support the manufacture of medicinal cannabis products, the growth of a retail market, and export. Recreational cannabis would remain illegal.

Panarea plans to start a Brazilian cannabis company focused on pharmaceutical products for pets while trying to broker more cannabis deals in Brazil.

Benefits of Brazil include lower growing costs as the warm climate allows plants to grow outdoors compared to greenhouses in some countries. Stable hours of sunshine due to Brazil’s proximity to the equator are another plus.

Nutley commissioners say no to cannabis for the time being and...

Colin Hanks on cannabis and … tissues? Attractive for everyone,...

Medical cannabis is a family affair for WellFlower

Tilray is focused on brand growth in the crowded cannabis market

Gwyneth Paltrow used to be his babysitter, now she’s backing his...

A magazine devoted to cannabis culture in Finger Lakes