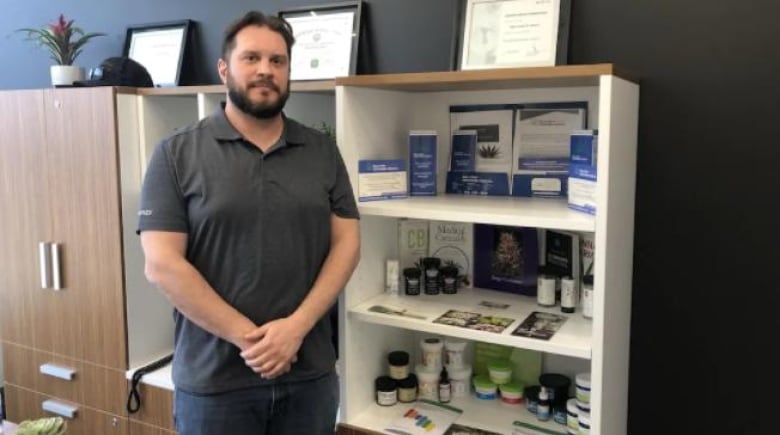 Although the Société québécoise du Cannabis (SQDC) doubled its profits last year and claims to have taken over more than half of the provincial black market, some cannabis producers in Quebec say they are still in trouble compared to other parts of the country have to make money.

According to the latest available data released in 2019, the cannabis industry in Ontario is rated three times that of Quebec. While Ontario is valued at $ 3 billion, Quebec is worth less than $ 800 million.

According to Philippe Laperrière, owner of Fuga cannabis in Stoneham, Que., A large part of the reason is the lack of funding available to cannabis growers in Quebec.

“If you get it for the money and make a profit, you are on the wrong track. The obstacles in your path are numerous and you have to find the money to get started,” said Laperriere.

Investissement Québec has subsidies for medical cannabis producers, but only then does Health Canada approve them. So far, no project has been funded from these subsidies.

And financial institutions are also hesitant when it comes to lending money to companies.

Fuga is currently working on bringing its first products to market, but some other startup efforts that have promised hundreds of jobs – including two out of three in Lac-Saint-Jean and another in the Charlevoix region – have given up.

“At some point we have to stop burying our heads in the sand and assume that there is a lucrative industry for the government,” said Laperrière.

There are currently 81 licensed cannabis producers in Quebec. That’s less than half the producers in Ontario and less than British Columbia – with the second highest number of producers in the country.

Jean-François Ouellet, professor of finance at HEC Montréal, says the Quebec government’s harsh message about cannabis is not helping.

“In Quebec we had everything we needed to become a major player in the industry: we have space, electricity and parties are in our DNA,” said Ouellet. “But when the CAQ came to power, we were given a strong message that cannabis is a federal government-imposed evil.”

Philippe Laperrière, owner of Fuga Cannabis, says it has been a challenge getting his business off the ground. (Catherine Paradis / Radio Canada)

Quebec is the only province where the legal age for using cannabis is 21 years. It is also the province with the lowest number of medical marijuana prescriptions.

Of the 377,024 prescriptions prescribed in Canada, 21,692 were from Quebec. The Collège des Médecins says that’s because the Quebec government regulations on health professionals in the province are much stricter than regulations elsewhere.

Marc-André Brissette-Hébert, president of Clinique Solution Cannabis Médical, says he is concerned that the stigma of cannabis use in Quebec is turning to the SQDC if they should speak to their doctors instead. (Catherine Paradis / Radio Canada)

Marc-André Brissette-Hébert, President of Clinique Solution Cannabis Médical, is concerned that the strict approach to cannabis in the province has self-medication at the SQDC or on the black market rather than asking their healthcare professionals about medical cannabis.

“My biggest concern is that SQDC will pat each other on the back with their good sales, but how many of these people go there for medical reasons and don’t go to the right place?” asked Brissette-Hébert.

“Whatever happens is the exodus of our medical clientele to clinics and producers in other provinces because it is not tolerant enough here.”

Brissette-Hébert says that if Quebec is to catch up with other provinces, it will have to work harder.

The cannabis dispensary opens near the Jersey Shore and ranks 16th...

Summary of the Cannabis Law: RI makes strides with legalization

Sadiq Khan will launch a review of the decriminalization of cannabis...

Water Ways announces a new order for a cannabis irrigation

Analysis: Australian cannabis companies are in full swing on their way...