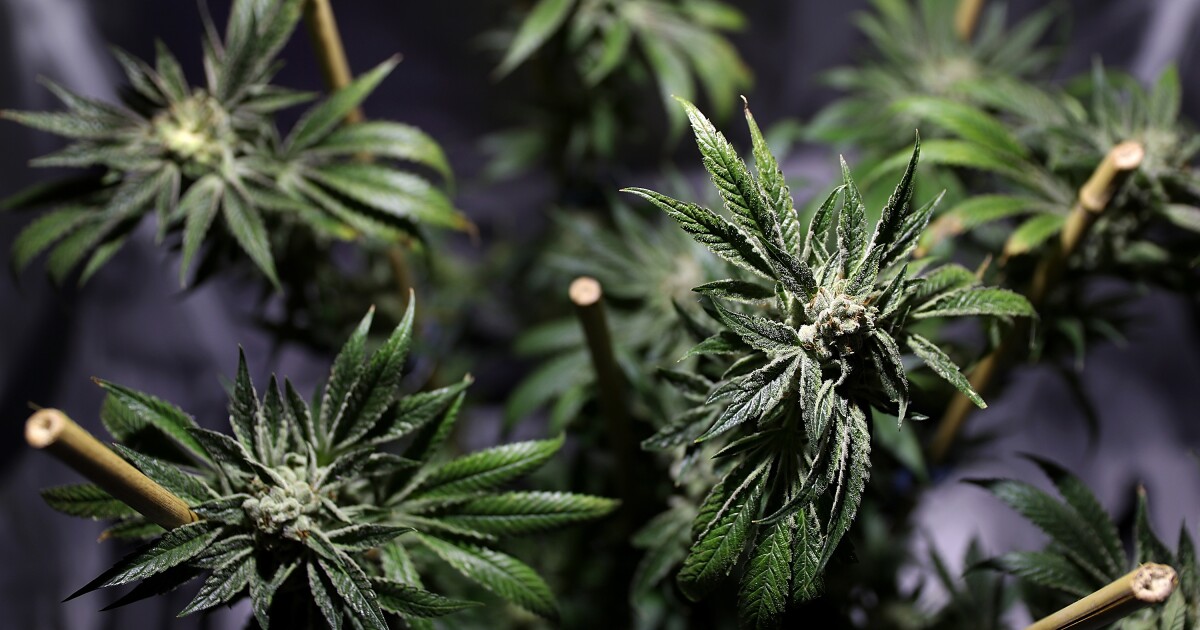 Amid a jam-packed legislative session with a record government revenue surplus and plans to tackle climate change and improve education and public safety, Gov. Michelle Lujan Grisham has formally asked the state legislature to make some changes to the current cannabis laws. KUNM Morning Edition host Bryce Dix spoke with Andy Lyman of the New Mexico Political Report to add some context on how lawmakers might change the cannabis regulation bill.

KUNM: So, the governor made that announcement Thursday, right? But why would the law be changed so quickly after it was passed last June?

LYMAN: Well, there’s one important thing in there – increased plant counts. There are a few other changes that I think the issue has been raised by a number of different people. And I think some of these things are probably just a cleanup of sorts.

KUNM: And so this announcement coincides with a bill sponsored by Sen. Linda Lopez of Albuquerque — Senate Bill 100 — that aims to increase the plant limits, as you mentioned, for cannabis micro-enterprises. What impact does this have on the public? Does this have anything to do with the leisure sale starting in April?

LYMAN: Yeah, I think it’s pretty directly related. Last week, the Cannabis Control Division announced that it would increase production limits for regular producers. The problem with the Cannabis Regulation Act is that the production limits for these micro-enterprises are enshrined in law. So there’s really no way to change that and make it fair for these micro-producers. That, and the Cannabis Control Division has said quite explicitly that this is a way to ensure we don’t run out of medicinal cannabis for patients when sales start.

KUNM: What other legislative changes have been proposed?

LYMAN: One of the big ones, and it was kind of a push by a lot of people in the industry, is to allow certain producers to have employees who are 18 or older. But of course you know, under 21. The Cannabis Regulation Act states that you must be 21 years old to work in a cannabis business or cultivation area, a cannabis business. But there are a number of medical cannabis producers that have employed people aged 18 and over for years. So that’s one of the changes.

There are some educational issues where they allow the cannabis control department to require some educational standards for cannabis servers I believe. There’s something in there that would allow these micro-producers to wholesale, and there are a few different types of minor changes and background check issues and some guidance for working with law enforcement to do those background checks.

KUNM: And of course this legislative period is packed with other items on the agenda. When might we start seeing a debate on this? And do we think that this is possible in such a short time?

LYMAN: Well, the only process was that a message was issued, but it has yet to be read into the file. And the Senate isn’t supposed to meet again until Monday – I think Monday around noon or Monday afternoon. So that would be the first thing to happen. You have to read it into the log. And then that makes the bill, which obviously was Senate Bill 100, and makes it relevant, then it could start the committee process.

From there it’s really up to the leadership how quickly they schedule it. And if they can do it, a lot is possible in a 30-day session. You can expedite things that have yet to be prioritized because there is obviously a list of other priorities from the governor’s office.

KUNM: Okay, Andy Lyman from the New Mexico Political Report. Thank you for filling us in today.

With more guidance, Stanhope could rethink the cannabis ban, the mayor...

Cannabis Products Will Soon Be Available Online Via Dispensary In Dover

Medical cannabis is to be discussed at the city working session

Despite challenges, Lake County has carved a niche as a cannabis...

nuEra announces the opening of its two new cannabis dispensaries in...