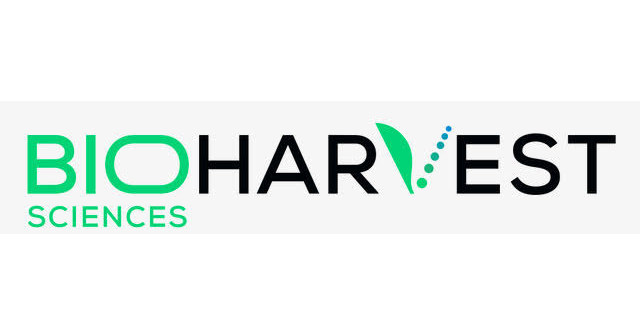 The company is now growing cannabis cells with trichomes in medium-sized bioreactors, which is a 250X increase in scale

VANCOUVER, BC and REHOVOT, Israel, September 1, 2021 / CNW / – BioHarvest Sciences Inc. (“BioHarvest” or the “Company”) (CSE: BHSC) today announced that it has successfully scaled its trichome-producing cannabis cells by a factor of 250 and is now placing cannabis in medium-scale and medium-sized bioreactors pave the way for the next scale-up milestone, where production will be achieved on an industrial scale. The next milestone, combined with the drying and measurement standards being developed at the same time, would mark the successful completion of the company’s cannabis development program.

Moving to the mid-scale bioreactor stage is not only a critical milestone in scale-up and demonstrating the ability of BioFarming technology to produce cannabis biomass, but is also an integral part of industrial process development itself. The next milestone of the development program is the cultivation of cannabis trichomes in bioreactors of industrial size.

“The R&D methodology and the tireless commitment are paying off,” said Dr. Yochi Hagay, CTO, added, “We are delighted to have reached such an important milestone. The recently announced and proprietary development of the Amalgamated Trichome Coral Structure (ATCS) has certainly made this scale-up advance possible. As already described, ATCS protects the trichomes during the growth phase against the shear forces that are generated by the movement of the media liquid. That movement is amplified as you enlarge the bioreactor, and I am confident that ATCS will sustain the forces in bioreactors of the next size, the final industrial-scale step. I look forward to announcing the completion of the entire program soon. “

The managing director, Ian Sobel, said, “Our industry-leading plant cell biology team is well on its way to completing one of the most demanding plant biology missions of growing cells from cannabis trichomes in liquid media on an industrial scale. Completion of this mission will pave the way for commercialization.” of BioFarming-based cannabis and hemp products and represents a major turning point in mainstream acceptance of cannabis by the global food and healthcare sectors. The ability to produce consistent, clean, and pure, full-spectrum cannabis economically and sustainably is nothing less as a revolution for industry. “

Eitan Popper, Chairman of the Advisory Board of BHSC and former President and Co-Founder of MedReleaf, stated, “The BHSC R&D team is making significant strides each month in commercializing its cannabis production. It is important to note that the most difficult part of scale-up is Process is the transition from laboratory / bench scale to small scale bioreactors and then to medium scale bioreactors. We look forward to the next cannabis milestone announcement as we know it will matter. “

BioHarvest Sciences Inc., based in Vancouver BC, is the developer and exclusive owner of the proprietary and patented BioFarming technology. It is the first and only plant cell technology on an industrial scale that is able to produce the plant’s active ingredients without having to cultivate the plant itself. The company’s technology is GMO-free and has already been validated by VINIA®, the functional red grape cell food / dietary supplement manufactured and sold by BioHarvest Sciences Inc. VINIA® and other Super Fruit Nutraceutical products. By adapting this technology to the cannabis plant and building adequate manufacturing capacity, BioHarvest Sciences Inc.’s goal is to become a leading supplier of cannabis for both medicinal and legal recreational uses. Visit: www.bioharvest.com.

The information contained in this press release may contain forward-looking statements, which are based on the current beliefs, beliefs, intentions and expectations of management and are subject to a number of risks and uncertainties that could cause actual results to differ materially from those described in the forward-looking statements. In particular, there is no guarantee that the company will be able to successfully grow trichomes in industrial-sized bioreactors.

There is no guarantee that we will be able to commercialize our first cannabis products in the first half of 2022. Delays and cost overruns can lead to our goals being met. The Company’s success in demonstrating its ability to consistently grow in multi-stem solution coatings is no guarantee that the Company will be able to begin commercial production when or at all. While the company is in the process of building a two-ton manufacturing facility, the company’s current license only allows scientific research. The proposed sale of cannabis requires the company to obtain a production and / or export license, which cannot be guaranteed.

Neither the Canadian Securities Exchange nor its regulator assumes responsibility for the adequacy or accuracy of this press release.

The cannabis market is booming and Gauteng wants to get in