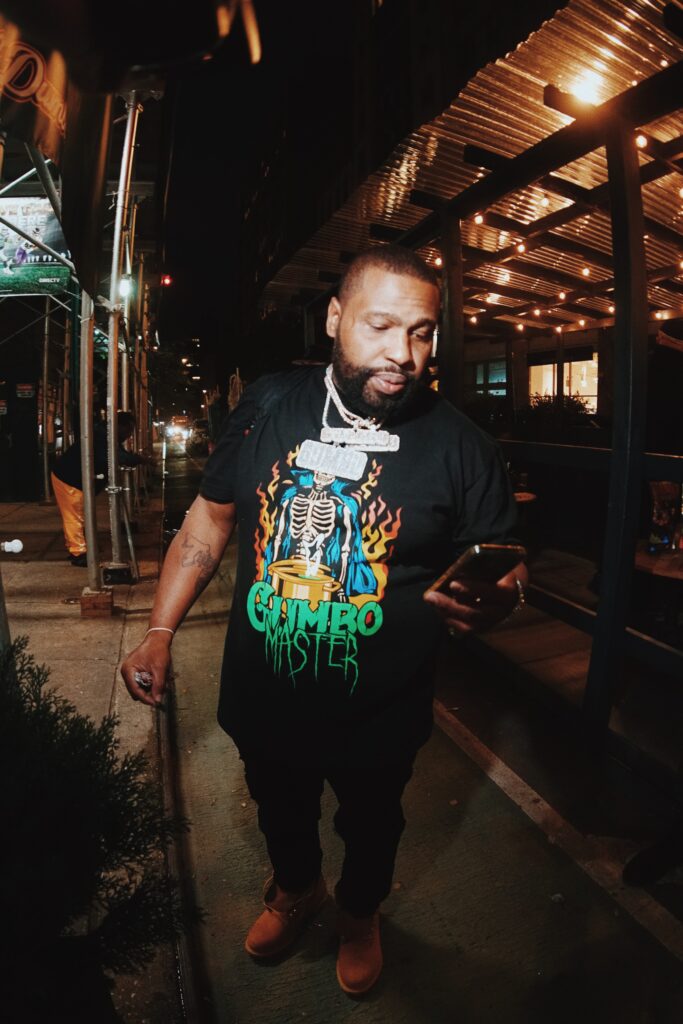 The country has moved away from the criminalization of cannabis in recent years, creating a large new industry. Today, 19 states and the District of Columbia have passed laws allowing recreational use of cannabis by adults, while 36 states and four territories allow medicinal use, according to the National Council on Compensation Insurance. This rampant legalization has set the marijuana market on track to hit $ 24 billion this year in the U.S. and $ 70.6 billion globally by 2028. growing sectors in the nation, reports The Washington Post.

Despite the growing craze for cannabis, however, People of Color make up only a small fraction of those who benefit from this lucrative industry, even though the war on drugs has hurt them disproportionately. In 2017, only 4.3% of marijuana business owners in the US were black while 81% were white, reports CNBC.

One company that has managed to break into the industry is Gumbo Brands, a black-owned cannabis lifestyle and apparel brand that is at the intersection of counterculture, community and wellness. The company was founded in 2018 by Karim “Luka Brazi” Butler, who made a name for himself in Harlem, New York, selling CDs and other merchandise in the 80s and 90s, and then to fame with popular rap group Dipset in the 2000s helped. Today, the native New Yorker uses his hip-hop connections and cache to promote gumbo brands.

“Gumbo is one of the best brands of marijuana because we’re more in tune with the culture. I’ve lived life on the street. I come from these places so I see the impact it’s having on my community, ”Butler told AllHipHop.com.

In addition to promoting the brand in New York’s burgeoning cannabis market, Butler hopes to educate his community about the medicinal benefits of marijuana and keep them away from hard drugs.

“We pick them up from this meager and opioid salary and give them a good pot! We don’t want them to be leaned up and perky, drinking fentanyl and swallowing pills. We want to direct them towards health. We’re more towards the flower. We use it as a tool to save the community, ”he said.

Butler’s fiancé Alexis Major, who serves as Gumbo’s chief financial officer, is involved in building the company. The former sports manager and agent says her interest in the marijuana business started with her passion for helping NFL players. After working in retail for 10 years as a buyer, Major began managing her brother, NFL star Jordan Reed, who was called up by the Washington Football Team in 2013. She also started administering other players and witnessed the harmful effects of prescribed opioids on her body.

“What I noticed is that many players became addicted to opiates. When you know you have athletes who do contact sports, especially gladiators like soccer players, there are a lot of injuries, “she said BLACK COMPANIES. “Since it’s a business in the NFL, you have to be able to hide a bunch of injuries in order to be ready for another Sunday.”

As a result, Major says the opioids their players were taking for numbing pain resulted in an addiction.

“They put her on morphine right before the games. They let them take Oxycodone, OxyContin, they let them take Percocet, every opiate you can think of. You let them take it to make them deaf to these games. There are no tests for that in the NFL, ”said Major. “They are very addicting and ruin people’s lives,” she continued, adding, “I had to figure out how to get them from these drugs.”

Major noted that players were smoking marijuana in their free time, unaware that cannabis could help relieve physical pain.

“I started looking for a strain that would help me focus on various injuries, and I came across a few strains that actually relieved pain in their bodies.”

Major says the strain helped wean Dominique Easley, former NFL defensive tackle, off opioids. Today, the Super Bowl champion is an investor, entrepreneur, and advocate for the mental health and wellbeing of cannabis.

Although marijuana has helped the NFL players she manages, Major says they have faced expensive fines and penalties from the league.

“The marijuana was 100% effective. The only problem was that marijuana is illegal for the NFL and costs the player anywhere from $ 400,000 to $ 1 million depending on the contract. That’s how much fines they get for dirty testing for marijuana, ”Major said. “Not only did we have to find the marijuana to rid them of those heavy drugs they could take, but we also had to figure out how to mask the marijuana so they wouldn’t test positive,” she added.

“We’re talking about cannabis. It doesn’t improve the player. It doesn’t help them get better on the field, ”she said. “But it helps save your life.”

Given the life-saving benefits of cannabis for NFL players, Major and Butler are now working to bring more diversity and inclusion to the industry.

“What Luka and I do is help others and educate others about getting into the cannabis business because the only way to level the playing field is to help everyone make some kind of wealth.”

To raise awareness of gumbo and the weed business, Butler and Major held a two-day pop-up during Rolling Loud New York, a three-day hip-hop concert in late October. Butler says the pop-up grossed $ 250,000 in merchandise sales.

“We wanted everyone to come from our communities and get a piece of gumbo, be it the sneaker, whether it’s a t-shirt or a hoodie,” said Major. “We’re here in the community taking in vulnerable youth and teaching them about the cannabis industry.”

“We wanted to show that particular audience that you can learn something and be as successful as the rappers you see on this stage,” she said. “We have to be the trigger for this, because if children don’t see us and don’t know our story, they don’t think it is possible.”

In addition to educating and empowering people of color, Major stressed the importance of creating a blueprint in the industry to inspire young women.

“Putting my flag in the sand is not only very important to me, but also for the little girls who look up at me after this interview, they’ll see it and say, ‘Wow, I could do that,'” she said . “That’s important to me.”

In Brazil, an NGO is growing medicinal cannabis to help patients

Cost of cannabis retail license in Victoria coming down