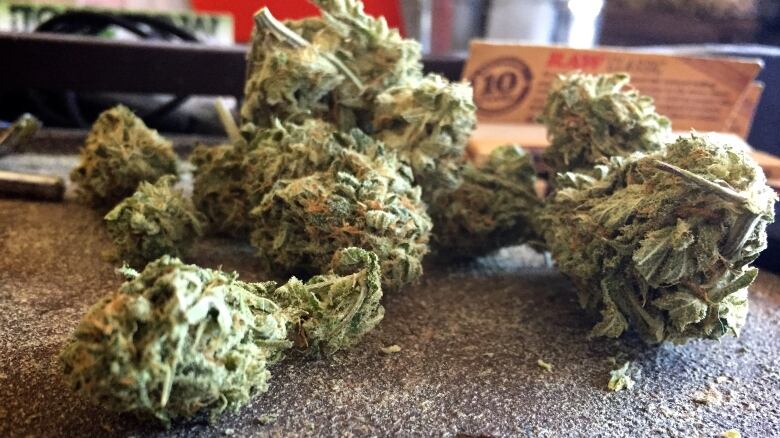 International pressures and decades of stigma surrounding cannabis are still plaguing the fledgling industry, forcing shopkeepers to use their savings to open their small businesses and limiting the growth of the sector, industry experts told CBC News.

Charles Varabioff, owner of Kingsway Cannabis in Vancouver, says it is next to impossible to find a bank for his business account.

Store managers would tell him the cannabis industry is too high a risk, said Varabioff, who also owns a store in Grand Forks, BC

“High risk? It’s no higher risk than a casino, bar or restaurant,” he said. “We are legal, licensed [and] regulated by the city and the government. Canadian banking needs to get into this industry. “

The Association of Canadian Cannabis Retailers (ACCRES) says 50 of its 52 BC members have been denied access to traditional banks and have turned to local credit unions instead.

“We’re not even talking about loans or credit cards,” said Jaclynn Pehota, executive director of ACCRES.

“We’re talking about very basic financial services like a checking account. My members are still struggling three years after cannabis legalization in Canada.”

Charles Varabioff speaks to a customer at his Kingsway Cannabis store in Vancouver. He says he discovered that it can be almost impossible to get access to financial services through a traditional bank and has invested about $ 250,000 of his savings in opening the shop. (Ken Leedham / CBC)

She said only two of her members in BC had access to banking services with a traditional bank, and this was due to their longstanding relationships with the bank while in other industries.

“Even these people were shocked by the treatment they received when they came to these facilities,” Pehota said. “Having a conversation about a company that has the same director, composition, legal product, regulatory framework – and when they start a cannabis business, the bank says, ‘Whoa, whoa, whoa,'” she said .

And this problem isn’t limited to BC. According to Pehota, 95 percent of the cannabis companies it represents in Canada are affected by this problem.

Many of Canada’s national banks also operate internationally. And while the cannabis trade is legal in Canada, it is still illegal in many other countries.

Pehota believes the stigma of the industry – especially from an international market perspective – has forced many Canadian banks to stay out of the sector.

“Banks with special US exposure are very challenged by this particular act,” she said.

“I think we cannot underestimate the impact of stigma. We are talking about 80 years of prohibition rhetoric that has been very prominent in society.”

Some states have legalized the recreational use of cannabis, but most have not.

In addition, Canada is comparatively progressive in the view of the cannabis industry. Many international markets see the industry through a far more conservative lens.

Mike Schilling, President and CEO of Community Savings, agrees. His credit union represents more than 50 cannabis retailers in BC

“Banks are afraid of the extraterritorial reach of US law and that makes it difficult for them,” he said.

The association that represents cannabis retailers in Canada says 50 of its 52 cannabis members in British Columbia had to find banking services through credit unions. (Robert Kurz / CBC)

The cannabis retail sector is a young industry with high regulatory oversight. Schilling believes that traditional banks see more work in this than it’s worth.

“We have a lot of checks and balances to do,” he said. “And I think the banks have made an economic decision that there is no big profit associated with it.”

He said the shadow of the ban still lies well above the industry, but believes much of the fears are misplaced as the industry is largely populated by small business owners who offer the service their community wants.

“If you wanted to launder money, which is probably the main concern, you could do that through a flower shop or a bakery,” Schilling said. “The last place I’d do it is through a cannabis retailer because that’s what everyone is seeing.”

CBC News reached out to all of Canada’s major national banks to better understand the hesitation.

In a statement, the Royal Bank of Canada said, “With the legal landscape for cannabis evolving around the world, RBC continues to evaluate business relationships on a case-by-case basis, considering a number of factors to ensure compliance with the law and our internal risk parameters.”

“We support emerging Canadian industries and strive to provide our customers with the best products and services that meet their needs. For the cannabis sector, we are examining the possibilities on a case-by-case basis, ”it says.

Unused potential in the industry

Pehota said cannabis retailers are being frozen by the banks, putting an undue strain on the new industry and its small business owners.

She says owners need to dig deep into their savings because they cannot secure credit cards or small business loans to open their storefronts from either banks or credit unions. Varabioff says it’s an added hurdle that many other types of small businesses don’t face.

He says he invested more than $ 250,000 in personal savings to open Kingsway Cannabis.

Without the support of a larger bank, retailers looking to expand their brand outside of the province could face obstacles. Credit unions are often locally based in a province or even a specific township. Pehota says logistical difficulties can arise when an institution does not have a national presence.

Overall, the hesitation of national banking institutions is short-sighted and they fail to see the potential economic opportunities created by legalization.

“It’s the sector of BC to own,” she said. “It has incredible potential to empower all British Columbians and it’s a real shame we haven’t seen banks recognize this fact and support this sector,” she said.

Russ CHOMPS enters the cannabis business with a new brand

Prescribing cannabis a recipe for success – The Ukiah Daily Journal

Lake Elsinore is trying to change the code for additional housing...

Premium THC paves the way for minority stake in cannabis