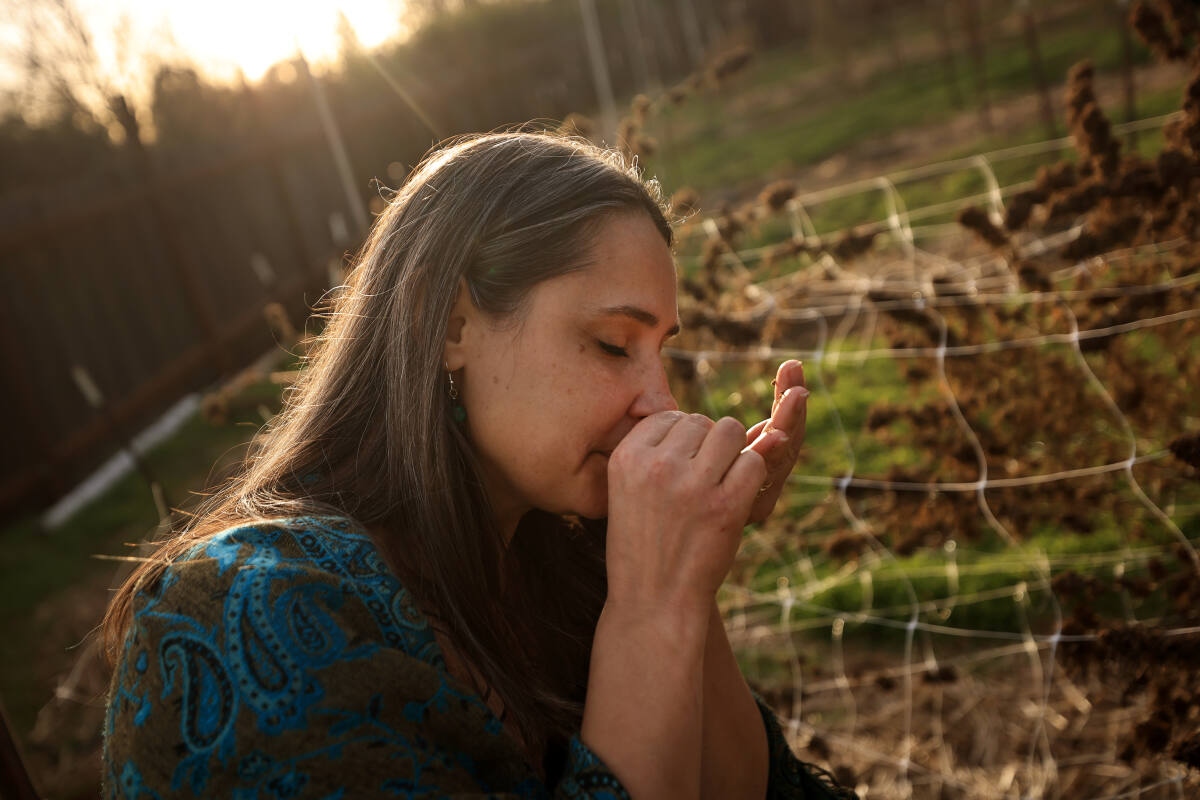 Ray and Patty Lanier are veterans of the cannabis business. The two met in 2009 at Oaksterdam University in Oakland, the first so-called cannabis college for those interested in learning more about weed from its history, cultivation and production.

However, the two longed for a simpler life in order to raise their children and still continue in the industry. Targeting a location within 100 miles of the Bay Area, they landed in a small area in Lake County near the town of Lower Lake in 2012.

The entrepreneurial couple grew their crops under the old medical marijuana laws of Proposition 215, then transitioned to the new regulated market with the passage of Proposition 64 in 2016, which allowed adult recreational use in California.

Her farm, Noble Gardens, occupies a small area on her 45-acre property and is advertised as “premium sun-grown cannabis” surrounded by mature woodland. The Laniers were one of the first to apply for a license within Lake County under Proposition 64, and they grow in a 5,000-square-foot garden from their headquarters at about 2,300 feet.

The farm allows them to produce up to 1,000 pounds of flowers annually.

“We saw our first lot and it was awesome, super cheap… and we bought it,” said Ray Lanier, who grew up in Atlanta and has become an expert on permaculture and growing products like oyster mushrooms.

Patty Lanier also emphasized the friendliness of the local people and the natural beauty of the region with the mountains surrounded by the 68 square mile Clear Lake. The two quickly found favor in the area with almost 70,000 inhabitants, which is known for tourism and agriculture.

“That convinced us in Lake County. It drove around and hit people, went to restaurants. Everyone is a small business here. I was stunned,” she said.

The Laniers are one example among many who have made this rural county a unique success story in California’s cannabis industry, which is still struggling more than five years after Proposition 64 was passed.

The main complaints are relatively high taxes for producers; a shortage of pharmacies in many areas; and the reluctance of local governments to implement policies that would allow such businesses to thrive. This has led to a still-thriving black market that Proposition 64 was designed to put out of business and force everyone to go legal.

Of course, Lake County’s cannabis industry still faces challenges, with all growers statewide grappling with a more than 50% drop in wholesale prices due to oversupply and competition from black-market cannabis from other states.

Some local growers will go out of business or lay idle for the next year to wait for the market to recover. Illegal cultivation still exists in Lake County, and there has also been a shortage of licensed dispensaries beyond three in the city of Clear Lake. However, a new retailer just opened in Lakeport.

But Lake County has also shown the potential of Proposition 64’s promise to transform the long-stigmatized crop into a legal crop that could eventually compete with the wine industry in terms of culture, economic impact, tourism and influence.

“A lot of people from Humboldt are over here now,” Richard Derum said of the county, which is the heart of the famous Emerald Triangle region and is said to be home to the most desirable marijuana in the country.

Derum is a longtime cannabis grower near Lower Lake with a 27,000 square foot canopy. He also acts as a consultant and real estate agent for those looking to enter the industry.

Derum repeated the Laniers; claim that Lake County has a distinct advantage because real estate prices are much cheaper than in other areas of Northern California.

“They realized they could do it cheaper here, buy better here, and buy land cheaper,” he said of buyers.

Derum has worked on deals with small buyers, larger cannabis companies, and even foreign investors over the past three years — and all of his clients have been outside of Lake County.

Joe Exotic launches his own line of cannabis out of jail