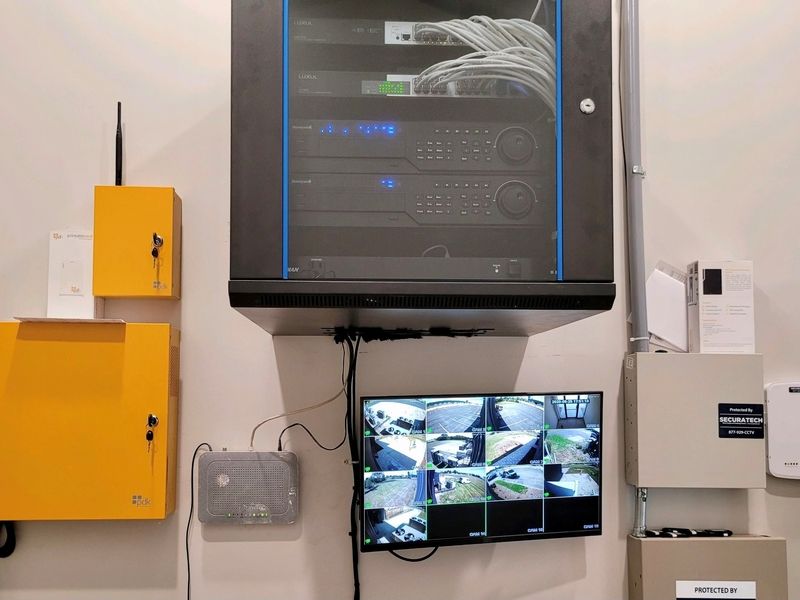 Though Patros wouldn’t have foreseen it six months ago, he now adds significantly to the company’s cannabis arm with his purchase, which closed on Nov. 15.

Securatech bought two affiliates, Bay City-based Precision Risk Management Group and MSO Guard Services, after their founder, Grady Emmons, died unexpectedly on October 29 at the age of 46, according to Emmons’ obituary. He died of COVID-19 complications, according to Patros.

“When that happened, we were obviously all devastated. He was a good person, a good friend. Family man, young children,” said Patros.

The Securatech and Emmons companies have worked closely on the cannabis space, Patros said, referring to the work. Patros focused on electronic security, including video surveillance and alarm systems, while Emmons provided security personnel who reliably monitored the systems installed by Securatech.

After Emmons’ death, Patros stepped in to help in the business, but it quickly became apparent that there was no # 2 who would succeed Emmons in the long term. After some discussion about the division of the family business, it was decided that Patros would buy them.

There is a collective fear of the unknown what would happen to Emmons employees after his death, said Elizabeth Sturm, who has been HR director for Emmons companies since March 2020. She moved to Securatech in a similar position.

“The takeover by Rudy ensures the continued existence of our company,” said Sturm. “You know, knowing that everyone still has a job and our clients are still being taken on is theirs and they will continue to grow (Emmons’) legacy.”

MSO, Emmons’ cannabis-focused business, and its security-focused Precision company employed 104 people. Securatech, with 25 employees in Michigan and a small Californian office in El Cajon, has carried it on so that it has now grown to 129 employees and has taken over Emmons’ Bay City office. With the acquisition of the two companies with combined annual sales of $ 2.5 million, Securatech will grow to more than $ 10 million, Patros said.

He did not want to provide any information about the purchase price.

Michigan cannabis companies have detailed safety requirements as per state regulations, so naturally some safety providers have stepped on board to meet that demand.

“It’s the only industry that has these strict guidelines,” said Patros. “You can secure a bank, you can secure a gun store, nobody tells you what to do. A pharmacy. They don’t have to follow any guidelines, they can’t be controlled, they don’t need data for that long, for so long video material. “

Cannabis business licensees must have security plans in place, ensure that anyone in the company who is not an employee is accompanied at all times, maintain an alarm system, install a video surveillance system that meets certain criteria and monitors certain areas with motion detection technology, and have adequate lighting to, among other things to show everything on video.

Patros said that in his view, the biggest difference between securing a cannabis building and another business is the large number of physical devices required. For example, Patros said he could secure a 100,000-square-foot warehouse in another industry with 30-60 cameras, while a similar-sized cannabis company would need around 400.

It costs about $ 30,000 to $ 80,000 to secure a cannabis retail store, he said, depending on whether it wants the bare minimum to meet state requirements or the best of technology.

Security in the national cannabis industry has evolved over the years, from its beginnings, when huge fences were often installed to ward off crime, to today, when companies often turn to high-tech solutions to make their buildings more open, according to security and can look more inviting specialist publication Security Info Watch. Above all, remote security with intelligent video surveillance is increasing according to the publication.

As with any service provider for a cannabis company, the contractor’s knowledge and ability to comply with government regulations is vital. Securatech has been in the industry since Michigan first figured out its rules, years before recreational cannabis was approved in 2018, when only medical marijuana was legal.

“We just took our know-how and ran with it,” he said.

Going forward, Patros said he wanted to franchise the company in other states. Securatech has installed its equipment in companies outside of Michigan, but would like to expand this offering.

“The only thing I’m really looking at is growing cannabis in all of the emerging nations that are just getting into cannabis,” said Patros. “We have projects in Missouri, Massachusetts, Ohio that are not huge cannabis states but are on the rise. So we’re trying to gain a foothold in these other countries. “

The FDA wants cannabis to be placed on the top medicines...

Why medical cannabis isn’t for sale in Gladstone