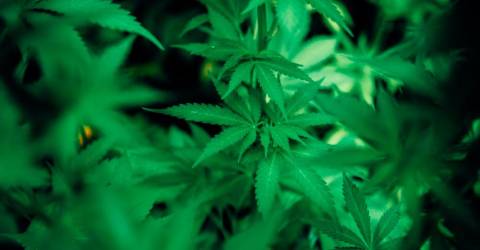 KUALA LUMPUR: As a psychiatrist and specialist in drug addiction, Associate Prof. Dr. Rusdi Abd Rashid seen the negative effects of marijuana on patients and how it can trigger psychosis in patients with schizophrenia and other mental disorders.

So he was surprised to see how it calmed the severely autistic son of a patient who was depressed because she couldn’t cope with her son’s condition.

“She (had given her son CBD (cannabidiol) oil – she just put a few drops under her tongue every day – and she found that the child became less hyperactive and showed less disruptive behavior,” said Dr. Rusdi, who is Director of the Center for Addiction Sciences at Universiti Malaya.

Dr. Rusdi became curious about the potential medicinal benefits and uses of cannabis, particularly CBD, the non-psychogenic part of the plant, and wondered if the CBD oil would work in the elderly with severe autism.

The desire of his and other researchers to discover the medicinal benefits of cannabis and kratom, a lesser-known psychotropic drug closely related to opium, helps fuel the debate over the legalization of the two drugs in Malaysia, a country that condemns anyone convicted of drug trafficking. to death.

Under the Dangerous Drugs Act of 1952, possession of over 200 grams of cannabis or cannabis resin is considered evidence of intent to distribute, and anyone caught with the crowd will face the death penalty if convicted.

As for kratom, the drug is listed in the Poisons Act 1952. Although it is not considered a narcotic and its cultivation and use are permitted, the drug is only prohibited from being sold through authorized agents.

That is, if Dr. Rusdi is trying to investigate whether the CBD oil is effective in treating behavior problems by conducting his own experiments with CBD oil, he faces the death penalty.

But things can change on that front.

After the World Health Organization (WHO) removed medical marijuana from the list of dangerous drugs, Malaysia is now considering legalizing the use, sale and distribution of cannabis and kratom for medicinal purposes by forming a bipartisan caucus to address related regulatory issues investigate .

On November 9, Health Minister Khairy Jamaluddin told the Dewan Rakyat that cannabis use for medicinal purposes was permitted under current law and said the products must be registered with the Ministry of Health’s Drug Control Agency (MOH).

He said that sellers must have licenses and permits under the Control of Drugs and Cosmetics Regulations 1984, the Poisons Act, and the Dangerous Drugs Act to import and sell cannabis products in Malaysia. Only medical personnel registered under the Medical Act 1971 are permitted to dispense the products.

“Cannabis (hemp) is also listed in Appendix 1 of the 1961 Uniform Convention on Narcotic Drugs. Appendix 1 limits the use of cannabis to medical and scientific purposes that include production, manufacture, export, import, distribution, trade, use and ownership, ”he said.

Many experts are aware of this provision but say they are reluctant to apply to the MOH for approval because the process is too difficult.

Dr. Rusdi said that even if the researchers manage to convince the approval committee of the merits of their study of the medicinal uses of cannabis, it is often too expensive to proceed as they would have to buy the cannabis rather than grow it because it is one other acts approval process. However, with the announcement of Khairy, many have decided to try their luck again.

The caucus that Kuching’s MP Dr. Kelvin Yii, a member of Lee Wuen, hopes to investigate this issue and develop a solid strategy for legalizing and regulating cannabis and kratom.

“When we talk about legalizing (cannabis), it’s not about getting it widely in the open market … you know the perception that everyone smokes and gets high and all. But it is used for regulation, so it is used solely for its medicinal and economic properties, ”he said.

He said legalizing the use of these plants for medicinal purposes will bring health and economic benefits to the country and reduce black market sales of the drug while ensuring that the product is safe for consumption.

Some of the potential benefits of cannabis lie in its use as pain relievers, muscle relaxants, antiemetics (for nausea), and anticonvulsants (for seizures). It can also help in drug abuse treatment.

“(With legalization) there is a control element, we can monitor its implementation, we can tax it, we can control production and sales and assess the ongoing effects,” added Dr. Yii added.

The director of the Center for Drug Research at Universiti Sains Malaysia, Prof. Dr. B. Vicknasingam, sees the economic benefits of growing and selling cannabis and kratom in the international market, but believes that Malaysia should be a leader in kratom research because of its long history of use in traditional medicine.

Unlike cannabis, Malaysia has fewer barriers to studying kratom and its properties.

“We have an advantage here. We always tell people interested in marijuana and cannabis research that the western world has a head start and products already exist, ”he said.

One of the aspects he wants to explore is kratom’s potential as a pain reliever and drug abuse treatment.

Should legalization occur, Malaysia would follow the example of many countries that have legalized cannabis and would be the second country in Southeast Asia, after Thailand, to legalize cannabis and kratom for medicinal purposes.

With the legalization of medical cannabis and kratom, there will have to be changes in many sectors.

All of the experts Bernama spoke to, from lawyers to doctors to anti-drug activists, endorsed medical marijuana. Their support came with one caveat, however: regulation must be tight to prevent abuse once the drugs are legally allowed to be grown and sold for medicinal purposes.

It’s no secret that the cannabis market is worth billions of dollars and the kratom is potentially worth just as much. Such a juicy payday tends to attract bad actors.

Human rights attorney Samantha Chong said Malaysia could use the Colorado example in the United States for the cultivation, processing and distribution of cannabis while the government should recognize the need to tailor the Colorado model to Malaysian society and culture.

Describing her journey to study the cannabis industry in the US mountain state as “an eye opener,” she said the industry involves all sectors from licensing, environmental impact, law enforcement, occupational safety, security to transportation and sales.

“All cannabis plants are closely monitored by CCTV and each plant has its own RFID barcode … every cannabis plant can be tracked from cultivation to pharmacy,” she said.

She added that the proceeds Colorado receives from the sale of marijuana will be used to fund social services and staff training for the industry.

From a legal perspective, legal experts say the law needs to be changed to reflect the new status quo, e.g.

Chong said there is also a need for laws to prevent abuse of power, as well as updating other laws, including the Drug Dependents (Treatment and Rehabilitation) Act 1983, the Sale of Goods Act 1957, and the Prison Act 1995.

The government will also need to prepare to commute the sentences of prisoners who have received the death penalty for using cannabis for medical purposes.

“If a change is made, they should apply it retrospectively and then it could be applied to cases like Amiruddin,” said Ramkarpal Singh, MP for Bukit Gelugor and also defender of Amiruddin Nadarajan Abdullah, better known as Dr. Ganja, the 63-year-old cancer patient who faces the death penalty if convicted of trafficking in cannabis.

From a medical point of view, experts see a need for change in the government’s handling of addiction and rehabilitation, which is currently using a more punitive method.

Medical experts don’t believe it would be too difficult to allow the use of medicinal cannabis and kratom, saying the government could leverage the existing prescribing framework for drugs containing controlled substances like opioids and methadone.

Dr. Rusdi said the current method involves diagnosis and a prescription from a trained and certified doctor. The patient then receives the prescription filled out in registered pharmacies.

Patients must also have a medical card stating that they have been prescribed the controlled substance and by whom, in case they are stopped by law enforcement at any time.

Dr. Rusdi doesn’t think it’s too difficult to prevent the abuse of medicinal cannabis and kratom.

“If there isn’t a correct diagnosis and we suspect it is just recreational users, we don’t give out a prescription,” he said.

Hemp and marijuana are both cannabis, except that hemp refers to any cannabis plant that contains 0.3 percent tetrahydrocannabinol (THC) – the chemical that gets you high. All cannabis plants – C. sativa, C. indica and C. ruderalis – contain different amounts of THC and cannabidiol (CBD).

Medical researchers and scientists are most interested in CBD, the compound most commonly found in hemp, a specific type of C. sativa plant. Limited studies suggest a medical benefit. CBD oil, a common ingredient in many wellness products, such as skin care, is made from the leaves and flowers of the hemp plant.

Kratom is a plant common in Southeast Asia and has been used in traditional medicine in this part of the world for hundreds of years. It is closely related to opium and is growing in popularity in the United States, particularly for reducing opioid withdrawal symptoms, a potential turning point in the country’s efforts to control its opioid crisis.

To date, nobody in Malaysia is said to have overdosed on kratom. In the United States, deaths have occurred from kratom use when mixed with other drugs and medicines, such as antihistamines.-Bernama

WA Home to one of the largest medicinal cannabis cultures in...

The cannabis consumer group is becoming one of the most lucrative...

Role Of Technology And Cost In Setting Online Cannabis Business

AMERICAN CANNABIS : MANAGEMENT’S DISCUSSION AND ANALYSIS OF FINANCIAL CONDITION AND...