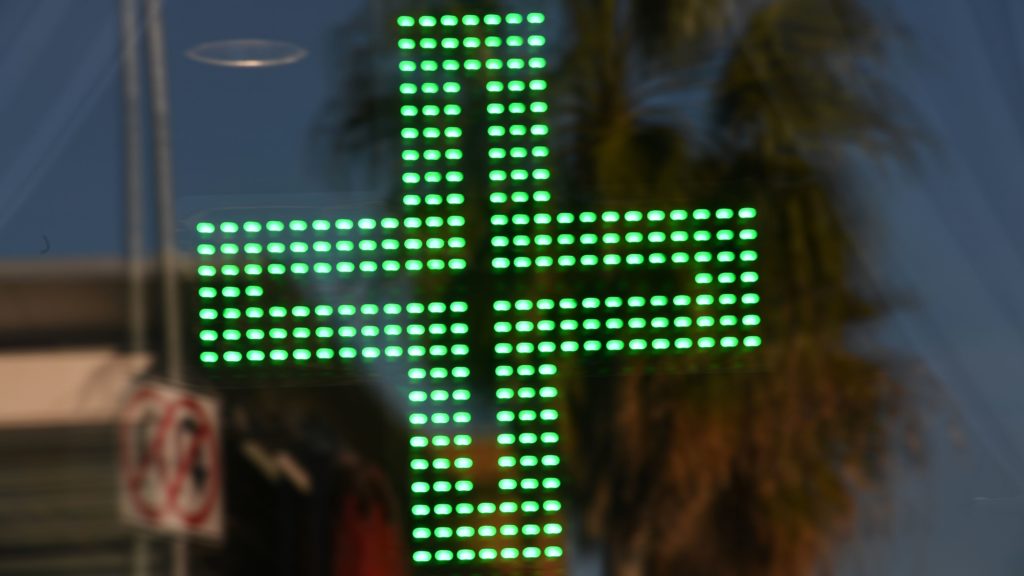 mMedical cannabis might be helpful therapy for some people with chronic pain, but it’s unlikely to benefit the most, according to new clinical guidelines published in BMJ magazine on Wednesday.

The guidelines, created by an international group of researchers who analyzed three dozen medical cannabis studies, state that there is insufficient evidence that medical marijuana products help most patients with chronic pain, so they should not be generalized to such people recommended.

“If we look at the overall evidence for therapeutic cannabis products, the benefits are pretty modest,” said lead author Jason Busse, assistant director of the Michael G. DeGroote Center for Medicinal Cannabis Research at McMaster University in Ontario.

Although medical marijuana has been legalized in 36 states and Washington, DC, healthcare providers and patients have little guidance on when to use it, especially for chronic pain. Busse and his team tried to fill this gap, but found a limited pool of studies that met their criteria due to federal restrictions making research into the medical uses of cannabis difficult.

Due to limited data, the guidelines do not recommend the medicinal use of smoked or vaporized marijuana. In analyzing the available research, Busse’s team found that only a small percentage of participants reported an “important improvement” in chronic pain, physical function, or quality of sleep while taking oral or topical cannabis treatments.

“So medical cannabis is probably not a panacea. It probably won’t work for the majority of people living with chronic pain. We have evidence that it appears to provide important benefits for a minority of people, ”said Busse, who is also a chiropractor.

The guidelines advise doctors to cater to their patients’ specific needs and start with non-inhaled CBD products before adding THC or other mind-altering compounds to the mix. THC is one of the ingredients in cannabis that makes you feel high, but it can also cause dizziness or other side effects that could become a deal breaker for some patients.

The patient experience is at the heart of the new recommendations. In an unusual step, several “patient partners”, including past and current cannabis users, helped develop the guidelines. Busses center paid to develop the guidelines, and he selected the panel of experts that was reviewed to make sure no one had a financial interest in cannabis companies. Funding for the center does not come from the cannabis industry, said Busse.

Busse hopes the paper can help clear up the confusion surrounding the use of medical marijuana as an analgesic, but even its guidelines contain many gray areas. Many questions went unanswered due to a lack of meaningful research, he said:

Patients have legitimate, complex reasons to try or stay away from medical cannabis, Busse said. While some people with severe chronic pain may be willing to use medical marijuana in hopes of some slight relief, other patients might manage their pain well with standard of care and do not want to endure potentially negative side effects.

Even if a patient does decide to try medical cannabis, there are so many products, formulations, and strains to choose from, but no definitive information about which components are most effective in treating certain symptoms.

One reason is that much of the market is a blend that is unlabelled and unregulated by the Food and Drug Administration, said Judith A. Paice, director of the Cancer Pain Program at Northwestern University’s Feinberg School of Medicine.

Paice, an oncology nurse, was the lead author of a series of guidelines published in 2016 for the management of chronic pain in cancer survivors. At the time, Paice and her panel wrote that there was “not enough evidence” to recommend medicinal cannabis for cancer survivors with chronic pain. That hasn’t changed since 2016, despite advances in our understanding of cancer treatment and cannabis, she told STAT.

With cannabis listed as a List I controlled substance in the United States – the same name as LSD and heroin – the National Institutes of Health are “hands tied” when it comes to funding medical cannabis research, Paice said.

Smoked and vaporized forms of medical marijuana have not been thoroughly studied in terms of chronic pain management, but patients and clinicians continue to turn to inhaled products, Busse said.

“So there seems to be the potential for a pretty significant discrepancy in what patients are currently taking … and what the evidence would currently support,” he said.

Karen O’Keefe, state policy director for the Marijuana Policy Project, said clear clinical guidelines would help but would be more realistic if they included inhaled cannabis. MPP advocates the legalization of medical marijuana in the United States

The exclusion of inhaled cannabis is “regrettable,” O’Keefe told STAT, because “many patients inhale cannabis” and experience immediate, appropriately-dosed relief rather than waiting for the delayed effects of edible use or other forms.

“And in reality, people will most likely keep using it [inhaled] Cannabis – in some cases from the street – if that works best for them, ”she said.

Even inhaled cannabis, which many clinicians consider riskier than non-smoked marijuana products, is safer than opioids and other therapies people use to treat chronic pain, argued O’Keefe.

Of the three dozen studies analyzed by Busses group, 21 were funded by the cannabis industry, but he said the researchers found no important differences between industry-sponsored and unsupported studies.

For Busse, the limitations of the guidelines underscore the need for additional research on medical cannabis. While medical marijuana shows promise and cannot be fatally overdosed, he wants to avoid “repeating history”.

“We spent many decades without good evidence, promoting and prescribing opioids for chronic pain, only to find the benefits were less than we thought and the harm was greater than we thought,” he said. “And now there is this fight to try and go in a different direction and I think if we are not careful we could end up repeating the same story, but with medicinal cannabis.”

Isabella is the first recipient of the Sharon Begley-STAT Science Reporting Fellowship.

BOHECO is reintroducing cannabis into the health and wellness industry