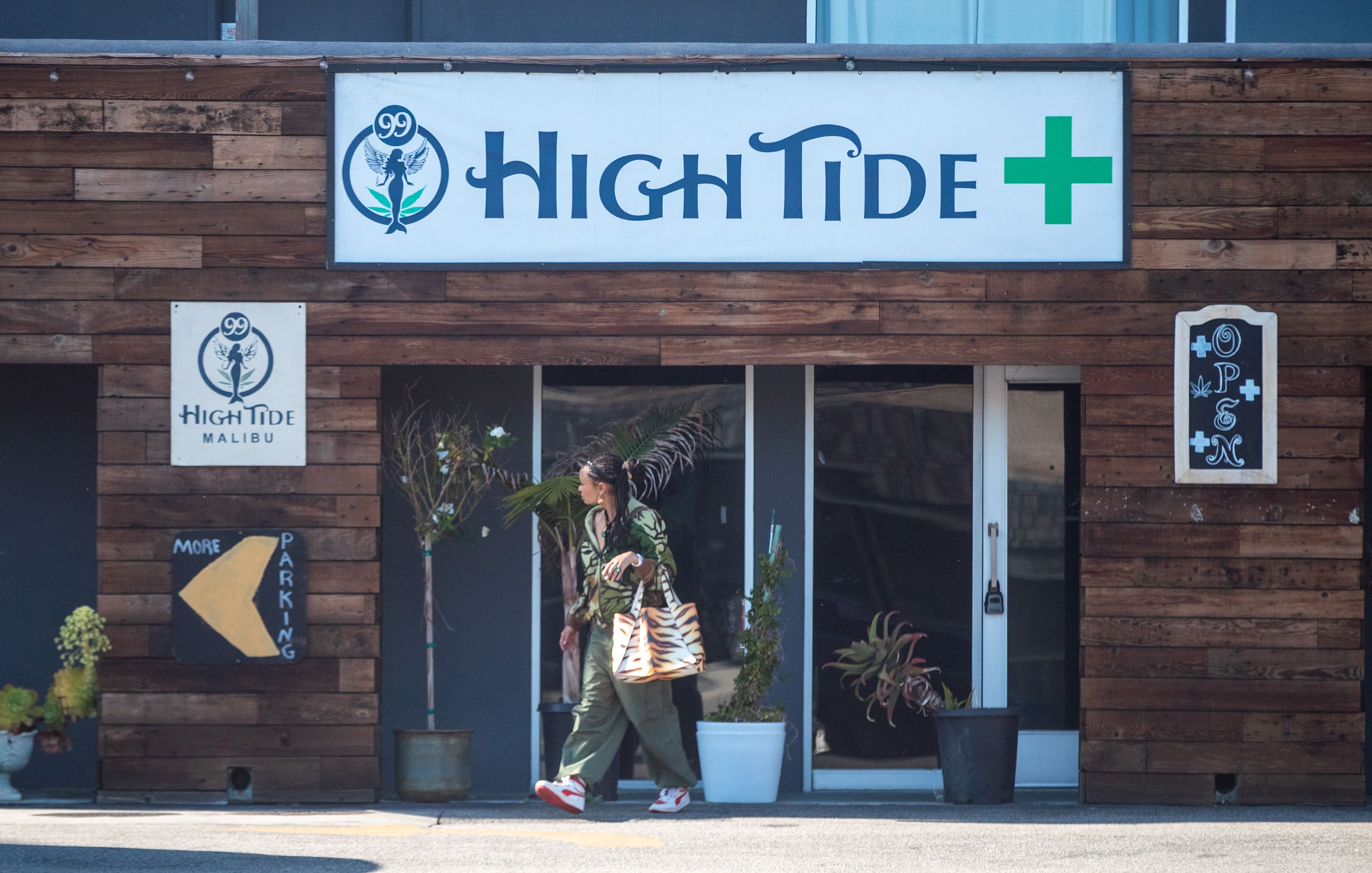 Thandiwe, 49, was seen outside High Tide — a store that stocks cannabis products in Malibu, where the drug is legal for recreational and medicinal use.

The actress was seen outside High Tide — a store that stocks cannabis products in MalibuCredit: Rex

The mum of three, who played Det Chief Insp Roz Huntley in the hit police drama, may have been in need of something to take the edge off after a rough time lately.

She was axed from the new Magic Mike film following a row with co-star Channing Tatum.

Thandiwe has also split from her filmmaker husband Oliver Parker.

And it is claimed she is now living with 25-year-old rapper Lonr — real name Elijah Dias — in LA.

The Sun revealed that the pair were pictured kissing last week.

Lonr’s stepfather Jimmy Varner said yesterday: “Elijah’s got nothing to fear dating an older woman. She had better be ready for him.

“He knows what to do with an older woman, I’m not worried about the age gap. He’s mature, he can handle himself.

“I taught him how to be good with people, how to be mature. I’m very proud of him and his achievements.

“My advice to Thandiwe is ‘go get him tiger’ if that’s what she wants.”

A source added: “Thandiwe has been staying with Elijah in LA and is acting like a smitten teenager. Her wedding ring is off and it seems she has fallen for him.

“They are very much a couple and Elijah is acting like the perfect boyfriend.

“She isn’t hiding the romance. She wants everyone to know about it.”

The Line of Duty star split from her filmmaker husband Oliver Parker recentlyCredit: Supplied by LMK

The drug is legal for recreational and medicinal use in LA

Hempburger to go? Thai consumer goods companies pile into the...

The green solution expands with the introduction of Tyson 2.0 cannabis...

Marijuana SEO: The Complete Guide to Marketing for Cannabis and CBD...

Are Amazon and Apple paving the way for cannabis legalization?