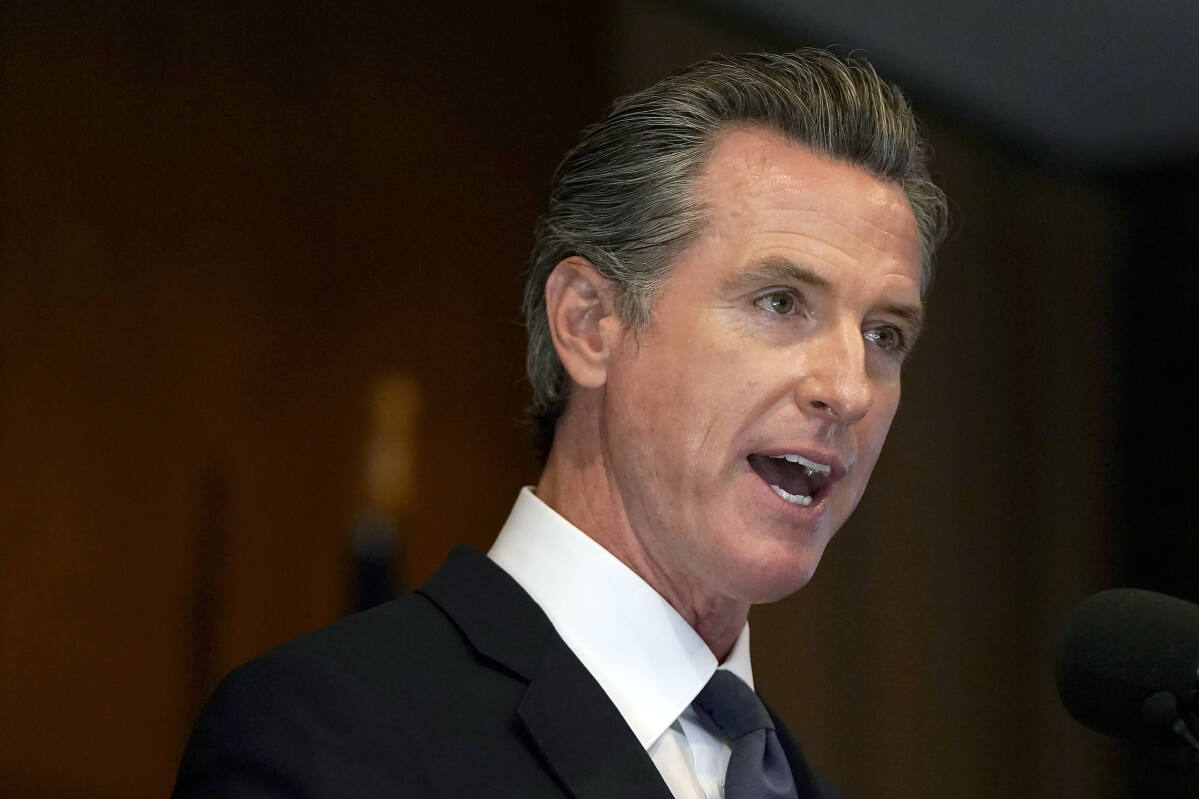 After Governor Gavin Newsom vetoed a similar bill in 2019, he reversed course Tuesday night and signed a bill that his office said would allow the use of cannabis in health care facilities for terminally ill patients. A statement from the governor was not immediately available.

The legislation, Senate Bill 311 – Compassionate Access to Medical Cannabis Act or Ryan’s Law – was introduced in February by Senator Ben Hueso, D-San Diego, and is supported by a North Bay area health district.

It was the second attempt to legalize medical cannabis in healthcare facilities.

When he vetoed the bill in March 2019, Newsom expressed support for the use of medical cannabis in a hospital but said, “This bill would create significant conflicts between federal and state law that are not taken lightly Federal law makes marijuana an illegal drug, while 2016 California voters approved recreational use.

The difference between the bill two years ago and the one Newsom has now approved is that federal officials have since signaled that, according to Hueso, they do not have a strong position against the use of medical marijuana in a hospital facility.

Dr. Larry Bedard, district chairman and representative of the American Medical Association’s Cannabis Task Force, is a long-time medical cannabis advocate. Last night he posted on LinkedIn: “We did it. … Terminally ill patients now have the right to use cannabis in hospitals. ”Bedard could not be reached for comment.

Maites noted, however, that the district’s hospital, MarinHealth Medical Center, had no position on SB 311.

Representatives of other North Bay health systems, including Sutter Health, Kaiser Permanente, Providence Northern California, and NorthBay Healthcare, have all been transferred to the California Hospital Association of which they are members.

“The ultimate goal of hospitals is safe, high-quality patient care. This means you can comply with myriad laws and regulations, both state and federal, or risk losing Medicare and Medicaid reimbursement and other federal grants and contracts, ”CHA said in a September 15 letter to Newsom. “Because of this, the California Hospital Association must speak out against Senate Bill 311.”

In principle, however, the CHA is not against the use of medical cannabis.

Robinson described the bill as well thought out and written to protect the rights of those who medically rely on cannabis to manage their end-of-life pain while respecting others in terms of their health and a hospital setting. The law prohibits smoking and vaping. Robinson envisions the drug being given in tablet form.

When asked if they thought hospitals would have concerns that the federal government would take action against them since the drug is still considered illegal, Robinson said, “The government has largely taken a hand-off approach to medical cannabis.”

Even at the federal level, California’s bill has been welcomed.

“I think this is fantastic news that the state of California has made it easier for healthcare facilities to allow cannabis use,” said Morgan Fox, spokesman for the National Cannabis Industry Association.

Fox said he had heard of cases where healthcare facilities have “made room” for patients to use cannabis for medicinal purposes.

“This is definitely becoming more and more common in hospice facilities. We know there have been cases where some institutions have been concerned about losing federal funding, but we haven’t seen any backlash, ”he said.

Susan Wood contributed to this story.

Doctor at the center of the QLD vaccine previously sanctioned for...

Get on board cannabis train | Local business

Natural Medicines for the opening of the adult pharmacy in Uxbridge

Cannabis plants uprooted on the quayside of the city of Cork...