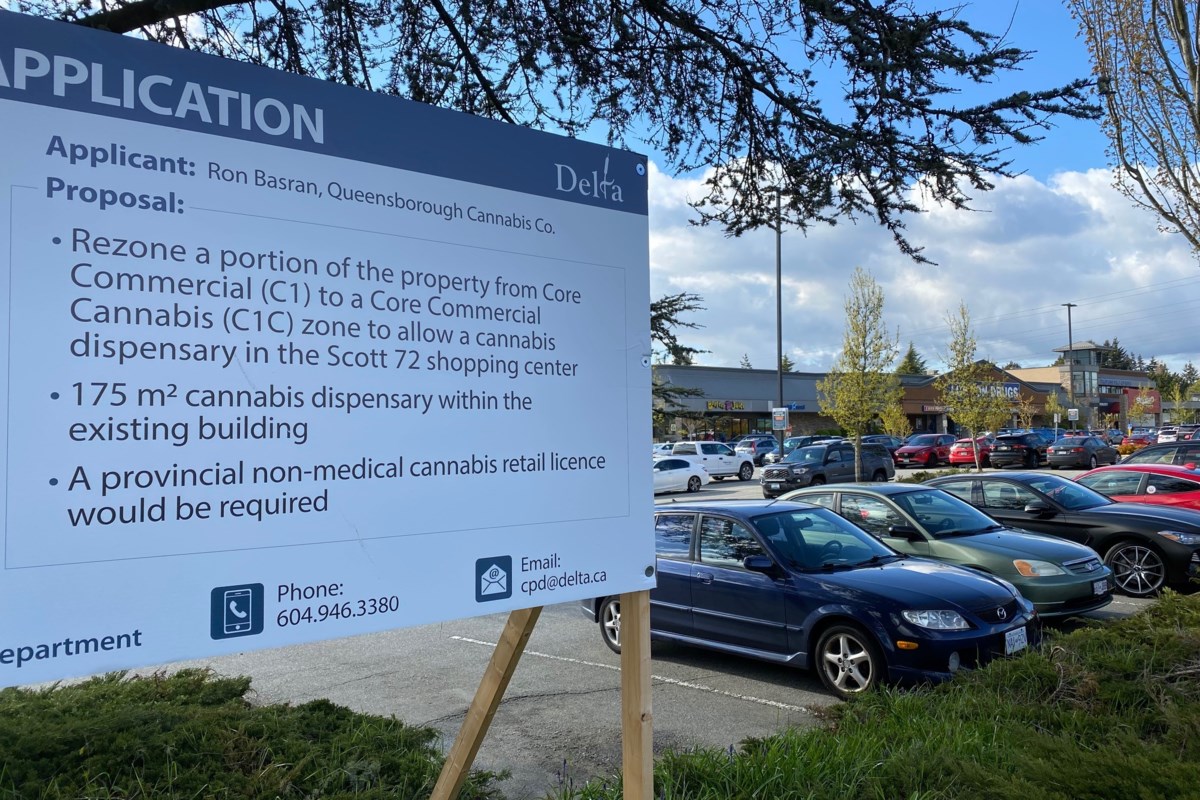 Will the City of Delta’s freeze on accepting new applications to open cannabis shops end once the current batch of applications already in the system is dealt with?

That remains to be seen as council recently asked staff to come back with a report on the moratorium, originally initiated by council, after a flood of applications were submitted last summer.

Aimed at helping the public be aware of where the city currently stands, council directed staff to report back following a public hearing April 26 on two applications to open non-medical cannabis shops in Tsawwassen.

Both are within close proximity to each other, and both received third reading, but still require final council approval.

Council has granted final approval for a government-run cannabis store that will open at Scottsdale Mall in North Delta.

Two other stores, one on Annacis Island and another on Scott Road in North Delta, have already been approved and are now open for business.

Still in the system and waiting to go to council for consideration for preliminary approval are several other applications. Those include two for River Road, one for a shopping center on Scott Road as well as one at Ladner Center shopping centre.

If staff recommend preliminary approval for all the remaining applications, and if council agrees to send them to a public hearing, that could give the City of Delta a total of nine cannabis stores, if all are approved.

The current applications were submitted before the moratorium, which is in effect until further direction from council.

Prior to the legalization of cannabis in Canada, Delta council passed a bylaw amendment prohibiting the stores in all zones, but council stated that they would consider applications on a case-by-case basis.

The regulation of non-medical cannabis retail stores is overseen by the province’s Liquor and Cannabis Regulation Branch through the issuance of licenses.

The dispensing of cannabis for medical purposes continues to be regulated by the federal government. The provincial government regulates and enforces operational aspects including safe and responsible service, store security requirements, promotion and marketing and the distribution of cannabis products to non-medical cannabis retail stores.

To be granted a license by the province, a proposal must be supported by the host local government.

Delta doesn’t have a specific policy or regulations for cannabis dispensaries, but staff have reviewed a sample of the locational considerations from other municipalities.

Those considerations include established minimum distance requirements from sensitive uses such as schools, parks and recreation centres.

Some local governments also require an additional buffer between dispensaries to prevent the clustering of stores.

A Delta staff report notes that the buffer distance between cannabis dispensaries in other municipalities averages 320 meters (1,050 feet).

If a license is granted by the LCRB, any future request to relocate the license to another location in Delta would be referred to the city for approval.

Peterborough was producing cannabis strains on track to hit stores this...

Rapid City Council meets tonight with cannabis on the agenda